There are those moments that tend to mark you. Seared into your memory, it is difficult to escape them when they rise to the surface. I remember lying on the floor of the small chapel at Woods Chapel Church many years ago. I still feel the texture of the carpet against my cheek as I laid flat with my face pressed into the floor and my arms covering my face. It was the best attempt I had at hiding the liquid that was threatening to drip out of my eyes. I was feeling a huge tension, because I felt so pulled into so many directions internationally.

At that point, Russia had already been very deeply embedded into who God had created me to be. Visiting my friends was not only something I felt called into, it was also such a strong Kingdom awareness that I had to maintain a consistent and encouraging presence in the lives of my friends. It wasn’t even an option in my mind to NOT show up and NOT be present to encourage my friends in school, their friendships, and catch up on all the news. My heart is so closely tied to genuine discipleship and walking alongside people as they dive into Kingdom life that any opportunity to be present with my friends is one I take. Every. Time.

Also, in that moment with my emotions preparing to pool themselves on the chapel floor, was the realization that God had started something in me in China by proving to me I was created to be comfortable in places that make others uncomfortable. China will always be a constant tug on my heart, since it was what God used to form my missiology. With the powerful connection God made between our group and our friends in China, as well as the intense love I have for them, has never gone away no matter how long it has been since I have talked to them. China was a part of my life that will forever mark me, and the calling in my life that was affirmed through that summer has continued to guide my life.

Doing my best to hide not only from other people, but honestly from God, as I created a puddle on carpet of the chapel, I was incredibly confused to why God had finally allowed me time in Liberia, West Africa, yet was not sending me back. I had felt very much at home in that culture and challenges that I faced while submerging myself in a brand new culture stretched and molded me. That fulfillment of calling had been 10 years in the making as I landed in Africa, and I could NOT shake the feeling it was a part of something bigger.

Three years after being in Africa the first time God brought Haiti to the forefront of my mind after the earthquake and I couldn’t shake the pull to BE there. I couldn’t explain it, and I couldn’t make it stop. And I didn’t understand why because honestly, I didn’t want to be one of ‘those people’ interested in a place people were only aware because of the latest disaster and the most urgent need in the world. However, if anything is true in my life, it is I will choose to be obedient if I feel led by the Lord I serve to be his servant…even when it seems completely crazy. So I chose to be obedient. When I landed in Port au Prince, the earthquake damage I saw was exactly like the war damage in Liberia and somehow immediately created a connection that I was somewhere familiar and comfortable. I still say that if someone had blind folded me, put me on a plane and took off the blindfold in Haiti, my first question would have been, “Why are they speaking French in Liberia?” Those first couple of short-term trips to Haiti can make me cringe at memories for what I learned and what I know now, but had I not gone on those first two trips to Haiti, I do not think I ever would have said an enthusiastic ‘yes’ to moving there. 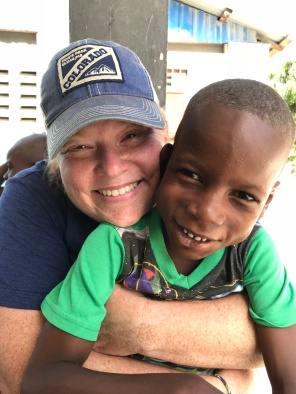 My years in Haiti were unequivocally part of God’s plan for my life. Haiti has transformed my life and affirmed my calling in ways that would only have happened while living there. God poured so much love and affirmation out for who he has created me to be while I lived there that I know I will never be the same person that moved down there over five years ago.

THAT pull. The one you cannot explain why you feel it. The pull that you know will challenge you. The pull that speaks simultaneously to adventure, fear, calling and radical love. The pull that can immediately put you into some of the most uncomfortable, yet comfortable, moments at the exact same time. THAT is the string that ties the Kingdom of God together for so many of God’s people…it is unavoidable. It relentlessly chases you until you turn and face it with all the courage and grit you can gather…and then…then it demands your obedience.

In that moment nine years ago on the chapel floor…I felt intensely fractured into pieces that made no sense and left me super pissed, because I just wanted to be with my friends in so many different places around the world.

I think, then, I honestly believed God would stop fracturing me and that the God of restoration would somehow make me whole again.

As all of staff was leaving the chapel, my friend stayed behind and patiently listened as all this poured out. His choice and ability to be present in that moment is something I have never forgotten. I was a mess and not many would choose to stick around for that.

I’m sure he was much more eloquent than what I remember, but he told me I needed to embrace the fracture. I was so frustrated when he said that, because the fractures I was living with were so incredibly painful. I wanted to be able to pour into my friends on a regular basis, but the fractured feeling I had was ripping my heart into pieces I was uncomfortable with.

I cannot help but smile now thinking about how much more fractured my heart is with so many more friends around the world. It has been a year since I saw my friends in Haiti, and those are relationships I feel intensely committed to walk alongside. I just received a message last night from one of those friends, “Fok ou ta vini Haiti pou mwen t ka di ou sa ki ap pase.” Which basically means, “Get down here and tell me what is happening.” My apologies to Kreole speakers, because I’ve lost some of my language ability. But the core meaning stays the same…you are with me, I know that, but I need help and I trust you.

Let’s take a 5 hour coffee date to talk about feeling the fracture in THAT conversation, but let’s not avoid talking about how to be healthy in relationships internationally, because there are right and wrong ways of being present. I will not be hopping on a plane simply because my friend is in distress. Empowering friends and encouraging their local communities is incredibly important. 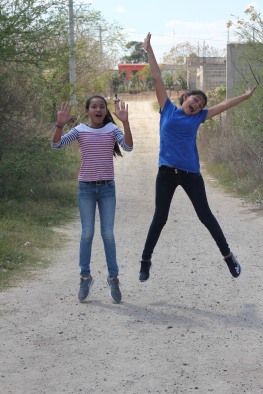 In the last three years, God somehow thought I would be able to handle more of the fracture and introduced me to a phenomenal group of people I get to work with in Guatemala. I am definitely not short on passion to champion their ministries and support them in the healthiest way possible through partnership with local churches in the States. God has built us for community and he pulls us into those communities in some of the most creative ways possible. The ways God has allowed me to get to know these leaders in Guatemala and in the States, to pray with them, and be saturated in the Holy Spirit with them have been countless over the time I have been gifted to be with them.

Those words echo in me, and for good reason. If I had sat in that moment and told God ‘No! No more fracturing me!’ like an unruly toddler when it just hurt too much…I would have missed so many opportunities to serve and be used for God’s Kingdom around the world. Opportunities that had I missed them, I would not be who I am today and I would have missed out on so many friendships. God meets us in the frustration, confusion and pain, but he also rejoices in our joy and freedom when we live out who he has created and called us to be.

God will continuously enlarge your heart and your capacity to love deeply and intentionally those he is asking you walk alongside. God would never have made relationships the currency of his Kingdom without giving us the capacity love well all who enter our lives. That is the core of the Kingdom for God to make his people present and available for what is needed for restoration and to right the wrongs of this world.

Embrace the fracture, and watch the Kingdom explode in vibrant color. Then IF you happen to find yourself in a puddle on the floor of a chapel, and need someone to sit alongside you, I would be happy to volunteer.